Rates in European road transport are breaking records. This according to the  Road Freight Rate Benchmark study, conducted by industry association IRU, research firm Transport Intelligence (TI) and transport platform Upply for the second quarter of this year. Inflation, declining demand, social instability and the war in Ukraine are leading to tumultuous developments in freight rates.

This edition of the Road Freight Rate Benchmark offers, for the first time, a separate analysis of spot and contract rate trends.

The European road transport price index reached a record high of 121 points in the second quarter of 2022, an increase of 6.1 points quarter-on-quarter and 13.1 points year-on-year. The European road transport spot index also reached a record high of 134 points, up 11.8 points from the first quarter of 2022 and 20.1 points from the second quarter in 2021.

Inflation is rising in all European countries and reached a record high of 8.6 percent in the Eurozone in June, weighing on costs and demand. Multiple indicators point to declining demand for European road freight transport, according to the benchmark, with declining activity in all major economies and inflation rates weighing on consumer and business confidence.

From the benchmark, Spain experienced the biggest increase with a 10.2 percent price increase, higher than the other major European economies of Germany (7.9 percent), France (5.8 percent), Italy (8 percent) and the United Kingdom (9.1 percent). According to Thomas Larrieu, chief executive officer at Upply, the decline in European demand should slow the upward pressure on road freight rates. On the other hand, carriers are still facing “significant cost increases,” so he expects rates to likely remain at high levels in the coming months.

Following the invasion of Ukraine in March, diesel prices in Europe have risen 69 percent compared to January. The impact of rising costs is now evident in 2022 as freight rates across the European continent reach new record highs. Initial fuel price hikes following the invasion of Ukraine have resulted in a much more expensive environment for European road hauliers, while union action and a growing driver shortage are restricting capacity. A range of indicators point to a drastic slowdown in consumption and production, which will reduce further increases, while high costs keep rates high.

The shortage is affecting the entire European continent. Germany, for example, is in a “particularly critical” situation with an estimated shortage of 50,000 to 80,000 truck drivers. Migrant workers account for 24 percent of Germany’s driver workforce, and the loss of Ukrainian citizens returning to defend their country has further limited the supply of drivers in Germany. The driver shortage is currently one of the biggest challenges facing the trucking industry and its effects are likely to increase in the near future and continue to affect freight rates, according to Vincent Erard, director of corporate services at IRU.

The age distribution of drivers, he says, already gives a taste of what is to come, with 34 percent of drivers over 55 in Europe and young drivers under 25 representing only 7 percent. This trend will worsen, according to Erard, as older drivers continue to retire, some sooner than expected, as during the COVID-19 pandemic, further reducing the pool of available drivers. “Any actions and initiatives aimed at improving the attractiveness of the motoring profession and removing barriers to entry, such as the cost of training and the minimum age, will be decisive in the long term.”

In this corridor, spot rates have increased very significantly. Rates in the Paris-Madrid direction increased by 21.2 percent on a quarterly basis. This is almost twice the average increase in European spot rates and is also the second highest increase of all European spot rates. On the Germany-Poland trade route, with the exception of spot rates from Duisburg to Warsaw, rates have reached new historic highs after an upward trend since the beginning of the corona pandemic. In contrast to the trend observed on most European routes, spot rates on this route rose more slowly than contract rates. Demand was particularly affected by the weakening of the industry in Germany and Poland. The instability created by the conflict in Ukraine is particularly noticeable in this part of Europe and also affects the development of the industrial outlook.

Following the Brexit, shipments between France and Britain have become more expensive and longer. Researchers at the London School of Economics (LSE) have found that although exports have largely recovered, British imports from the EU have fallen by 25 percent compared to other destinations. In addition, the variety of traded goods fell by 30 percent. Low-value goods were most affected by the increase in administrative costs. 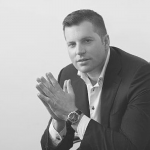 Freightender is the standard in freight tendering. It makes the tender process lean, smarter and much faster.
Fully cloud-based. Curious? Request a free live demo and join the Freight Tender Revolution!

A holistic approach to logistics procurement, what is that?

Logistics (procurement) has changed in the last couple of years as we all know. The volatility in capacity and pricing is also affecting how companies buy freight. Prices are no longer being kept stable without any change for a year or even two years. This has...
Read More

How can you run a successful freight RFQ? In this ultimate ocean freight procurement guide, we share 3 key topics to get in order before sending your tender: good communication, solid logistics data and dedicated and modern technology (freight procurement platforms)....
Read More

Freight Auditing: a critical component of the solution, not just a marketing gimmick.

Is the distinction between NVOCCs and freight forwarders significant? This is a common question, therefore we decided to investigate it further in the following post. Read on to learn everything there is to know about NVOCCs, including their responsibilities,...
Read More

People in shipper organizations wonder if they need to postpone road tenders as there is talk about capacity issues everywhere and apparently carriers don't respond to tenders. The worry is right as the logistics world has changed but of course, you should tender if...
Read More

Pricing management in Logistics: Lever with the highest impact on profit

The relevance of profitable freight and logistics pricing strategies is highlighted by the combined effects of increasing industry competitiveness and rising transportation costs. By now the logistics industry is in turmoil for well over a year with no relief in sight...
Read More

Tender Management: Why the future is digital

Customers want to acquire freight or negotiate freight rates, so they send out a tender or RFQ to a group of forwarders or carriers who wish to participate in the process. This is straightforward and transparent. The process behind it is less visible and can be found...
Read More

Prices for containers are going through the roof (and they were already so high)International container traffic is still disrupted. Containers are extremely expensive. The fact that a major Chinese port has reopened does little to change that.The cost of shipping a...
Read More

Demand for logistics procurement software is increasing dramatically in 2021

The logistics business has been in crisis for well over a year, with no signs of relief in sight as freight prices continue to increase and capacity constraints worsen. Logistics is a somewhat arcane and opaque profession to most people, but it has recently gained...
Read More

Global shipping consultancy, Drewry and Freightender are pleased to announce they have entered a value-add partnership, combining Drewry’s industry-leading ocean freight cost benchmarking and procurement support services with Freightender’s cloud-based,...
Read More
This website uses cookies to improve your experience. We'll assume you're ok with this, but you can opt-out if you wish. Cookie settingsACCEPT
Privacy & Cookies Policy

This website uses cookies to improve your experience while you navigate through the website. Out of these cookies, the cookies that are categorized as necessary are stored on your browser as they are essential for the working of basic functionalities of the website. We also use third-party cookies that help us analyze and understand how you use this website. These cookies will be stored in your browser only with your consent. You also have the option to opt-out of these cookies. But opting out of some of these cookies may have an effect on your browsing experience.
Necessary Always Enabled
Necessary cookies are absolutely essential for the website to function properly. This category only includes cookies that ensures basic functionalities and security features of the website. These cookies do not store any personal information.
Non-necessary
Any cookies that may not be particularly necessary for the website to function and is used specifically to collect user personal data via analytics, ads, other embedded contents are termed as non-necessary cookies. It is mandatory to procure user consent prior to running these cookies on your website.
SAVE & ACCEPT